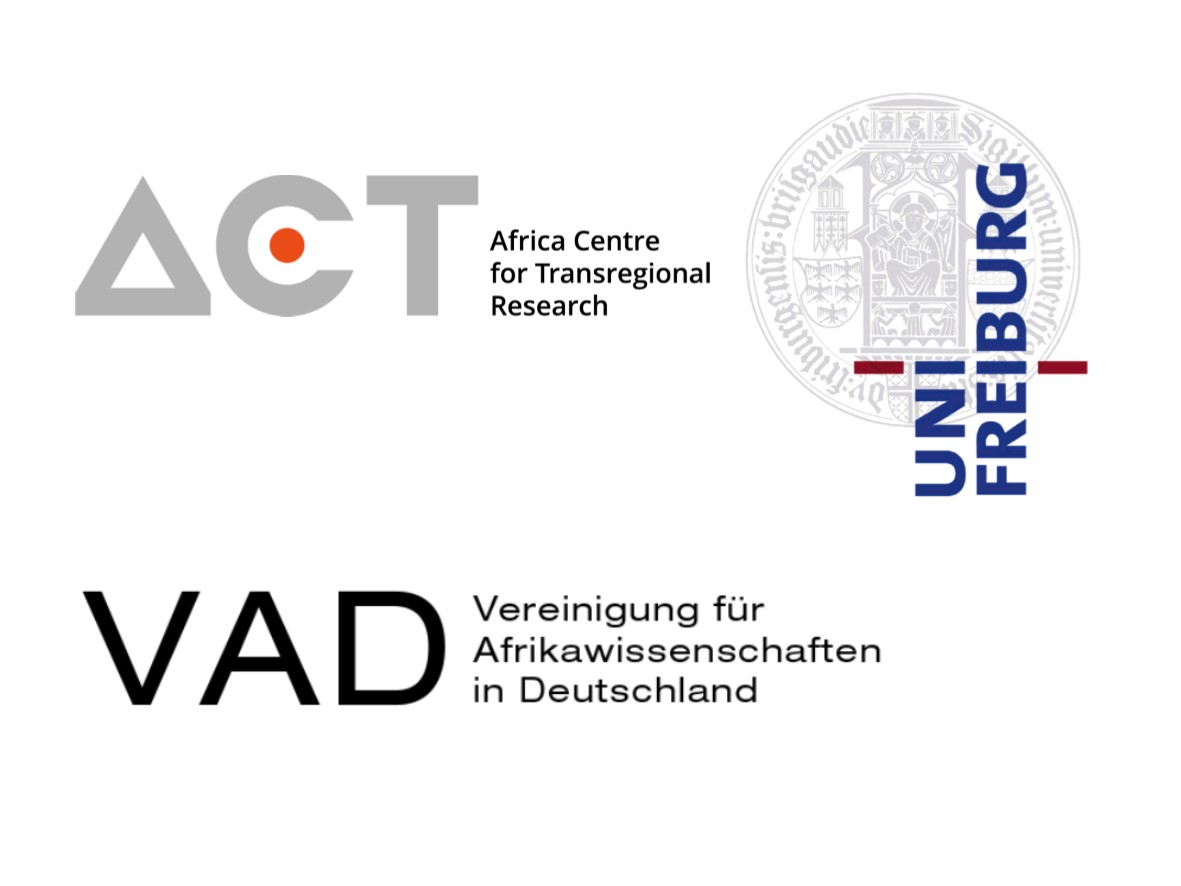 The VAD conference 2022 in Freiburg will focus on the theme “Africa and Europe: Reciprocal Perspectives” and will address processes of co-production of knowledge as well as the mutual questioning of different ways of thinking. Political and epistemological entanglements will be explored and unusual perspectives will also be opened up. This should unlock new forms of collaboration and further develop existing ones. Experiences with collaborative research and its challenges should lead to analyses which also take into account questions of persistent exclusion and the lack of representativeness in teaching and research in both Africa-related studies and “European Studies”.

We are soliciting panel proposals on one of the eleven topics listed below (please specify with submission):

Asymmetries in knowledge production can only be changed in the long term if research on all sides goes beyond local specialisations. How can common perspectives be developed, to enable a reconfiguration of global knowledge production? In a funding system dominated by Europe/North America, for example, funding for the research of African scholars is rarely possible. How can research by African scholars therefore be promoted? How can the promotion of much more diverse perspectives be strengthened financially?

The demand for restitution of both African cultural property and human remains that were colonially appropriated has gained considerable momentum and is generating new research interests, e.g., on the politics of restitution, a long history of restitution demands and new practices of exhibiting, collecting and “de-collecting”. Where does the debate currently stand?

Ongoing discussions about everyday racisms in contemporary societies with colonial pasts and/or diverse experiences of enslavement fill the feuilletons and have led to a rich production of films and literary products, which in turn become part of socio-political debates. How can these products, as well as the strands of discussion, be connected and described?

While there is an extensive research literature on language developments of the African Diaspora in the USA, Canada, Great Britain and France, relevant studies in Germany are still in their infancy, although the number of Africans in Germany has been growing strongly for a decade. What conclusions can be drawn about social practices? Flight and migration – from the perspective of the practice and agency of refugees What agency do migrants and refugees have – on their way to Europe and once arrived there? How do they evaluate refugee regimes in the EU and the individual member states?

With the violent death of Idriss Déby in April 2021, French Africa policy once again came under the media spotlight. The mutual dependencies more than 60 years after independence are complex – but not only in the field of foreign and security policy. The large number of African cultural figures or politically active diaspora groups, as well as court cases against sons of African presidents, make France appear to be an “exceptional case” with a high degree of “entanglement” with Africa. But is this really true? How can French entanglements with the continent be described and classified?

African Studies beyond the Humanities and Social Sciences

The essentialisation of Africa and other “areas” is an “Orientalist legacy” rarely considered in regard to the natural sciences or engineering. Can the broadening of the subject canon overcome entrenched views? Are exchange relations between the continents in these subjects less asymmetrically entangled or perhaps, conversely, designed with too little consciousness of the issuesregarding their colonial past?

Practice-oriented proposals from the growing climate research in Europe and North America often stand in a tradition of Enlightenment and reliance on technology – from planning tools to decision making and implementation. Resistance to this Eurocentric routine is emerging in the Global South, namely with reference to alternative knowledge and practices. What can the two sides learn from each other?

Images of the living and dead

The European view of Africans, captured in pictorial or film documents and in collections, today triggers primarily ethical discussions. From a history of science point of view, a comparison of dominant, extreme, marginal, resistant, etc. perspectives is of growing interest. What does “good practice” look like – or does it also need to be conceptualised further?

Europe as a problem, China as a solution? Many parts of Africa initially had low COVID-19 incidences, and European governments stood out as helpless or unable to act. Dealing with epidemics such as HIV Aids, malaria or Ebola, for which there was or is no (immediate) cure, is not new to African countries. Chinese vaccines were quickly available, but their effectiveness is doubted, especially in Europe. To what extent do the experiences of African actors in particular (in health care, politics, media) shape their own scope for action, global political alternatives and global health governance?

Black Germans and African academics in the German university scene

The conference deals with disproportions and incomplete understandings of racism in African studies. What are the manifestations of structural racism/everyday racism precisely in its entanglement with other forms of hierarchisation? What complications arise in relationships between faculty and students, and in exchanges between the two groups? How is intellectual production affected by this focalisation?

Delegates may only convene one panel, although they may also make one presentation or be a discussant in another panel. No panel may run for more than two sessions of 90 minutes. For organizational reasons panel convenors must have secure funding for their own conference attendance.

Proposals must consist of:

Please be aware: We hope to be able to organize the upcoming conference as a f2f event with some virtual elements. However, we will continue to monitor the corona situation and might have to change the conference format to hybrid or virtual. Stay safe and kind regards from Freiburg!