Who is watching? Refugee protection during a pandemic - responses from Uganda and South Africa

Both Uganda and South Africa were quick to respond to the global pandemic – Uganda for example imposing quarantine on foreign travellers after only a handful of cases before shutting off all international flights, and South Africa imposing one of the first lockdowns on the continent. Reflecting on the first 6 months of the pandemic responses in terms of refugee protection, the two countries have taken diverging pathways. South Africa used the pandemic to start building a border fence on the border with Zimbabwe, initially curtailed all foreign shop owners from opening under lockdown and excluded asylum seekers from emergency relief grants. In contrast, Uganda opened its borders to refugees from the DRC in June, when border closures were still the global norm. Whilst both responses are not unusual in light of their standard governance approaches, they highlight the own self-image the countries espouse – with Uganda positioning itself as the world’s premier refugee protector at a time when it is desperately in need of more funds and South Africa looking to politically capitalize internally from reiterating a division between migrant communities as a threat to poor and disenfranchised South Africans. Even during a pandemic, the practice of refugee protection does not happen in a political vacuum. This paper is based on over 50 in-person and digital interviews conducted in Uganda and South Africa in 2020, as well as nine focus groups with refugee and host communities. 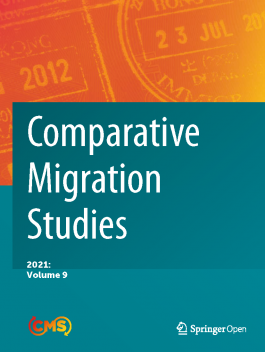