Transformed Security Practices: Informalization in the...

Jenss, Dr. Alke / Dr. Valeria Guarneros
International Journal of Urban and Regional Research
https://doi.org/10.1111/1468-2427.13081
This article builds an analytical framework to study the relation between security and informality and the extent to which it contributes to producing hegemony in local politics.
2022
END_OF_DOCUMENT_TOKEN_TO_BE_REPLACED

Scalar Struggles: The Selectivity of Development Governance in...

Entangled Imaginaries and Bonds of Shared Pain: The Case of...

Agarwal, Dr. Amya
Imagining Pathways for Global Cooperation
Amya Agarwal recently published a chapter on the circulation and mobility of resistance ideas and practices across conflict-affected societies. Through the case of Kashmir and Palestinian resistance movements, she also explores the role of shared tacit imaginaries in creating different forms of solidarities among the resisters.
2022
END_OF_DOCUMENT_TOKEN_TO_BE_REPLACED 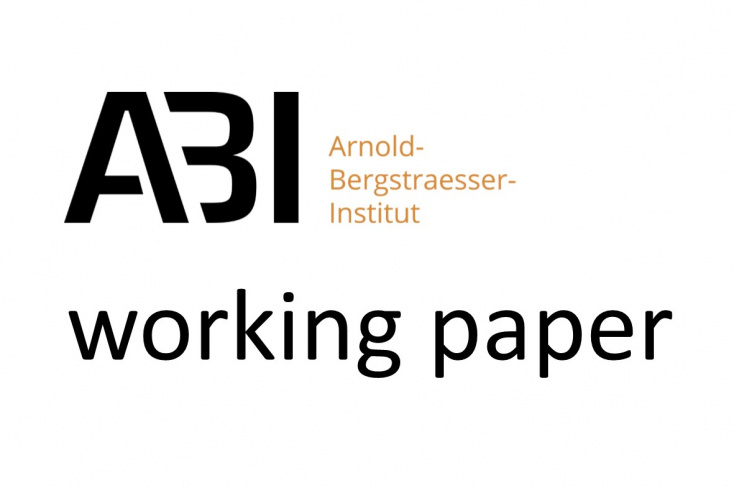 Andreas Mehler and Miriam Glund published a conference report which summarises the results of a workshop in June 2021.

The Anglophone conflict in Cameroon – historical and political...

Michaela Pelican recently published a paper that introduces a mini-series of ABI working papers addressing the Anglophone conflict in Cameroon.

Tracing Practices of Coercion and Consent in and beyond Oaxaca...

The Criminalisation of People Smuggling in Indonesia and...

The MENA Region and COVID-19: Impact, Implications and Prospects

Völkel, Dr. Jan Claudius / Lena-Maria Möller Zeina Hobaika
Focusing on the Middle East and North Africa (MENA) region, which comprises some of the world’s richest countries next to some of the poorest, this book offers insights into the discriminatory consequences of the COVID-19 pandemic. The multidisciplinary case studies collected in this edited volume reveal that the coronavirus’s impact patterns are a question of two variables: governance performance and socioeconomic potency.
2022
END_OF_DOCUMENT_TOKEN_TO_BE_REPLACED

Changing the administration from within: criticism and...

Lambert, Laura
International Journal of Law in Context
Laura Lambert has recently published an article about bureaucrats as political actors who were invested in organizational change in Niger.
2022
END_OF_DOCUMENT_TOKEN_TO_BE_REPLACED

Zanker, Dr. Franzisca / Dr. Ronald Kalyango Sebba
Uganda is well known as a strong refugee protector, but faces a number of socio-economic and governing challenges, as well as complex political priorities and relationships. Based on our research on the political stakes of refugee protection in Uganda we found: 1. Refugee protection in Uganda follows a development approach that emphasizes refugee self-reliance by providing access to land for subsistence farming, as well as primary education and health facilities within settlements.
2022
END_OF_DOCUMENT_TOKEN_TO_BE_REPLACED

Zanker, Dr. Franzisca
Migration Studies
Despite the explosion of migration literature in recent years, there remains a bias in aca-demic literature to focus on Europe or other areas in the Global North. Migration studiestend to follow the political interests of curbing access for refugees and other migrants in the Global North, divorced from the fact that most displacement and indeed much mobil-ity takes place in the Global South (Fiddian-Qasmiyeh 2020).
2022
END_OF_DOCUMENT_TOKEN_TO_BE_REPLACED

Forum: Searching for a Global Solidarity: A Collective Auto-...

Agarwal, Dr. Amya / Shine Choi Ching-Chang Chen
International Studies Perspectives
In this recent publication, six authors critically reflect on discrimination faced by early-career women international relations (IR) scholars in the Asia-Pacific region in their workplaces and beyond. Their aim is first to reflect on the contributors’ own lived experiences and second to call for new, more inclusive forms of solidarity that appreciate diversity as plurality across any divides.
2022
END_OF_DOCUMENT_TOKEN_TO_BE_REPLACED

PD Dr. Rother, Stefan
Stefan Rother recently published a book in which he proposes a different approach to migration that challenges the prevailing view as a state-centered political issue that must be managed from the top down.
2022
END_OF_DOCUMENT_TOKEN_TO_BE_REPLACED

Explanations of the political gridlock behind international...

This Special Issue presents a series of insightful papers across a range of empirical sites that illuminate not only that profound change is underway with the (uncertain) rise of China and the global reach of its infrastructural projects amidst planetary phase shift, but also how that is currently unfolding.

Agarwal, Dr. Amya
What is the significance of gender and masculinities in understanding conflict? Through an ethnographic study conducted between 2013 and 2016, this book explores the politics of competing and sometimes overlapping masculinities represented by the state armed forces and the non-state actors in the Kashmir valley. In addition, the book broadens the understanding of women’s agency through its engagement with the construction, performance, and interplay of masculinities in the conflict.
2022
END_OF_DOCUMENT_TOKEN_TO_BE_REPLACED

The (in)formality of mobility in the ECOWAS region: The...

Zanker, Dr. Franzisca / Dr Kwaku Arhin-Sam / Amanda Bisong / Mounkaila Harouna / Leonie Jegen
South African Journal of International Affairs
https://doi.org/10.1080/10220461.2022.2084452
Kwaku Arhin-Sam, Amanda Bisong, Leonie Jegen, Harouna Mounkaila and Franzisca Zanker recently published an article at South African Journal of International Affairs about the free movement protocols of the Economic Community of West African States (ECOWAS) which have never been fully implemented, yet within the region people have continued to move relatively freely. At the same time, the original aim to improve mobility appears to be changing to one of control over mobility.
2022
END_OF_DOCUMENT_TOKEN_TO_BE_REPLACED

Zanker, Dr. Franzisca / Leonie Jegen
Migration Control
This report considers the Economic Community of West African States (ECOWAS), which is a regional political and economic union of fifteen countries located in West Africa. More specifically it focuses on one of ECOWAS’ central objectives: the facilitation of free movement in the region. In the following, the foundation and protocols of ECOWAS, everyday mobility in the region and colonial legacies of mobility governance are introduced.
2022
END_OF_DOCUMENT_TOKEN_TO_BE_REPLACED

During the past decades, Asian Studies scholars have made outstanding contributions on the topic of how political elites have promoted changes in clothing in their projects of modernising their citizens or creating new nationalist identities (such as by inventing national dress). But the visual power of the politics of appearances allows also marginal and oppressed groups to send powerful messages. This special issue proposes to shift the analytical lens from the way sartorial changes have come from above – i.e., from political elites in power – to examining instead how resistance movements, including women’s movements, social movements, minorities and marginalised groups, utilise the semiotics of dress to advance their agendas from below. Thus, this issue underscores the importance of dress, bodily deportment, fashion and etiquette, analysing how these have been intrinsic to the performance of social, political, cultural, religious and gendered identities, and in challenging the status quo. The focus here is on how dress and fashion are marshalled for the performance of collective action, socio-political dissent, alternative politics and identity politics.

No hope for the ‘foreigners’: The conflation of refugees and...

Zanker, Dr. Franzisca / Dr. Khangelani Moyo
Journal of Immigrant and Refugee Studies
In South Africa there is a conflation between refugees and other migrants at a legislative, policy and narrative level. Based on 32 interviews and four focus groups conducted in Johannesburg and Musina in spring 2020, we show the conflation between refugees and migrants through changing legislation, a bureaucratized system which makes access to any legal status difficult and political narratives that serve to construct a threat. This results in dangerous, sometimes violent consequences for migrant communities themselves.
2022
END_OF_DOCUMENT_TOKEN_TO_BE_REPLACED

Why “democracy promotion” should play no role in a values-based...

Schütze, Dr. Benjamin
In order to support democratic ideals of socio-economic justice, public participation and representation, established efforts at "democracy promotion" in the MENA must be abandoned. The promotion of procedural democracy has proven to be reconcilable with socio-economic authoritarianisms and presents no challenge to authoritarian power structures.
2022
END_OF_DOCUMENT_TOKEN_TO_BE_REPLACED

The Criminalisation of People Smuggling in Indonesia and...

Missbach, Prof. Dr. Antje
This book offers an ethnographically informed critique of the hyper-politicised debate on the facilitation of irregularised migration for people seeking asylum between Indonesia and Australia.
2022
END_OF_DOCUMENT_TOKEN_TO_BE_REPLACED

Academic Cooperation in the Humanities and Social Sciences: A...

Mehler, Prof. Dr. Andreas
African Futures, Africa-Europe Group for Interdisciplinary Studies
The COVID-19 pandemic has brought into the spotlight both past imbalances and chances for convivial scholarship. In this article, we consider main challenges that are at the same time opportunities for better cooperation: African contributions to academic journals must increase, including on conceptual issues. The material investment in Africa’s research institutions has to increase as well.
2022
END_OF_DOCUMENT_TOKEN_TO_BE_REPLACED

This issue of IQAS seeks to focus on the 1960s in Asia, covering East, South-east and South Asia and discussing the decade from perspectives that have often escaped notice. It sheds a critical light on the notion of the “global sixties” and focuses on the local in order to grasp the spirit of the 1960s in selected Asian countries. It looks at individual nation-states but also transcends their borders, tracing transnational and transregional connectivities, mobilities and relations 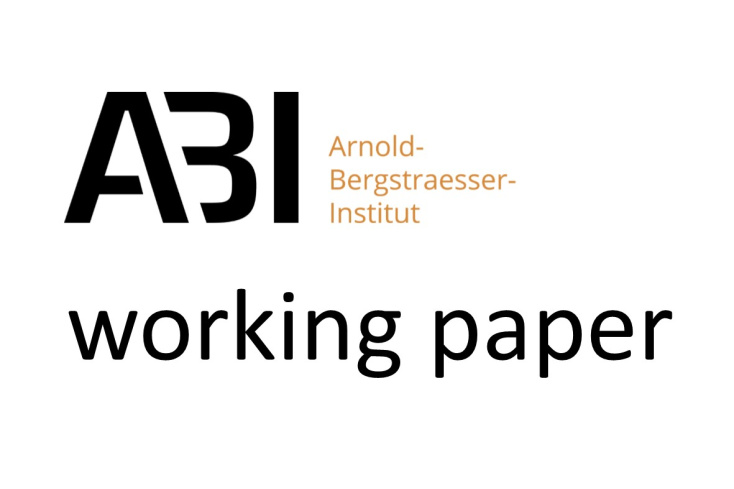 Citizenship in Syria and Iraq after 2011: Neo-Sectarianism or “...

Tilman Lüdke recently published a working paper on whether sectarianism – or rather, sectarian violence – in Syria and in Iraq is the outcome of societal upheaval in times of crisis or a historically grown phenomenon that can only be controlled by authoritarian regimes.